As the name implies, a wireless microphone can be used by connecting it to a recording device via Bluetooth, which is one of the main reasons a lot of individuals use it for singing. This means that you can record audio content without having to worry about all the complicated and messy cables that wired mics feature.

But, as you know, the Indian market is completely different than the one you could browse in other countries, which is why you might want to find out which mic systems are the best. To help you make the entire process easier, here is our list of the top four wireless mic systems available on the Indian market:

1. “Compact Wireless Mic System With a Magnetic Clip by LENSGO” 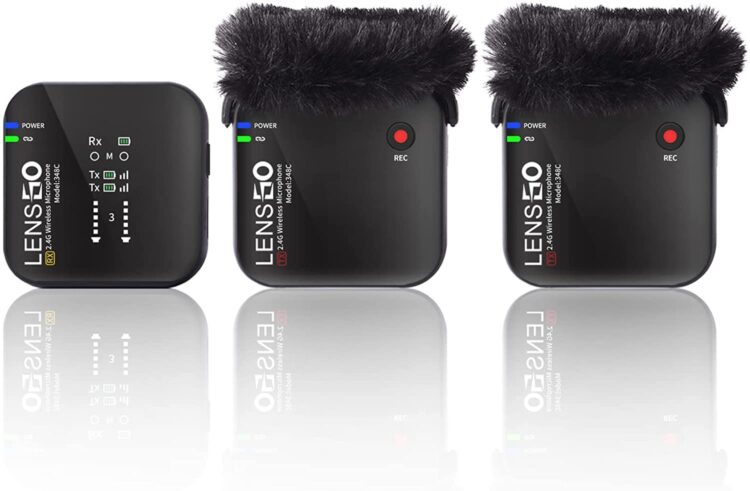 The first portable wireless mic system that you might want to consider getting is manufactured by LENSGO, an organization that has the main goal of allowing easy movement with their device. Since it features a magnetic clip that can be used for attaching the mic to the person speaking, there won’t be any need for holding the mic. When it comes to the movement range, you can be up to 50m away from the device that the system is connected to.

One of the things that people love about it is that it has noise cancellation features, which means that it can be used for outdoor recording sessions as well. It can be connected to a wide range of audio devices (that have Bluetooth connectivity options) including traditional speakers, amplifiers for guitars, as well as mixers, thus, a lot of artists choose to use this particular gadget while they’re on stage performing. 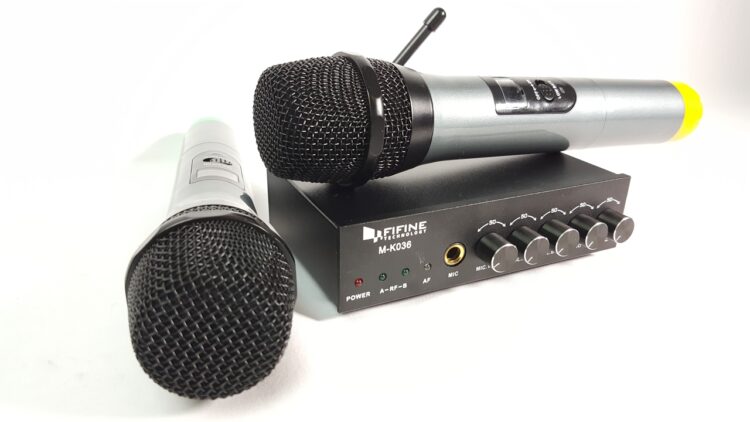 Next on our list is a dual wireless mic system, and although it needs to be held by your hand, it is completely wireless, which will allow you to move as you want. There are three mics in the set, which means that they can be used at the same time, hence, this set might be perfect for you if you love karaoke, partying, and singing with your friends. The operating range comes at 25 meters, thus, you can move away from the recording device you’ve connected it to.

The mics are completely easy to use and set up, however, it’s worth mentioning that it only contains the mic system. What does this mean? Well, this means that you won’t be receiving an audio gadget that you can use for outputting the sound, which means that you’ll need to have your own speakers, amplifiers, or karaoke machine for distributing the sound. Overall, it is a cheap set that can provide you with high-quality audio recordings. 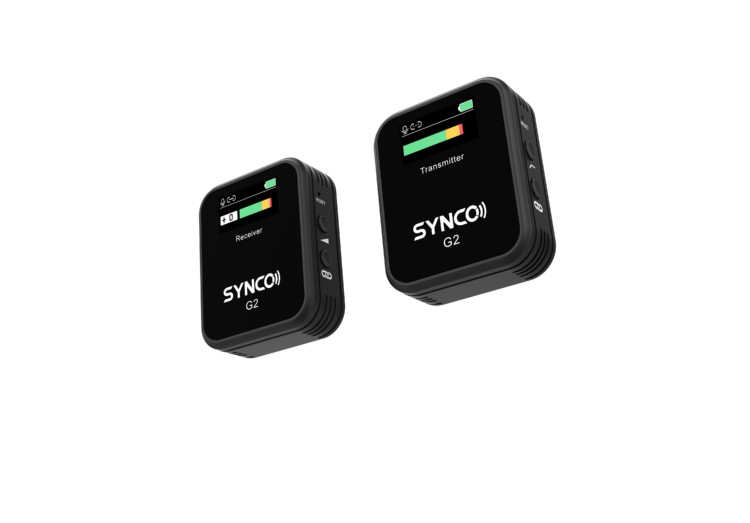 If you’re looking for the best wireless mic system for video and audio recording, look no further, Synco is here to save the day! Like the first option we’ve mentioned, it also features a clip-on system, meaning that it won’t be hard to conceal nor wear the mic system while recording. The 2.4G band is suitable for achieving connectivity, and with it, you won’t have to worry about getting too far from the audio device you’ve connected it to.

It’s worth mentioning that this is a digital wireless mic system, which means that it’s less likely to pick up interference, which cannot be said for VHF mic packages. Additionally, this set features a display, hence, you can use it for monitoring the audio range produced. Android and iOS smartphone users can connect this system with their smartphones, thus, if you’re planning on recording videos, this might be the best option for you! 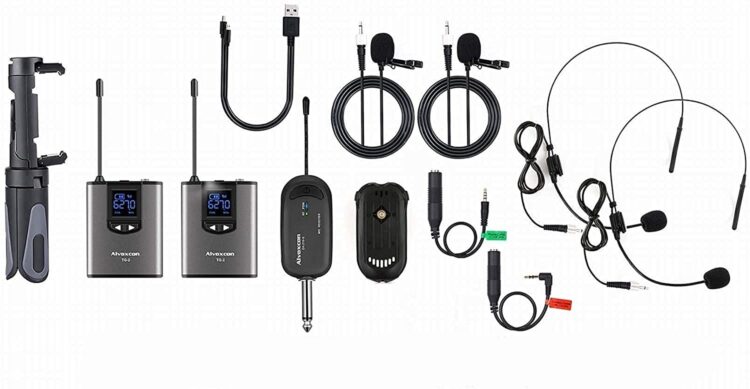 When browsing for a camera wireless mic system, you might have come across this headset. Although most people choose to wear them on their heads, they can also be clipped onto clothing, and they can also be mounted to DSLR cameras, thus, they’re suitable for video recordings as well. Like all the other options we’ve mentioned, you can connect it to various devices including laptops, amplifiers, smartphones, and so on.

Just like the previous product, it’s a digital mic, meaning that you won’t have to worry about any interference from other sources. You can also select channels and adjust the volume with this product, thus, you won’t need to edit it later on, instead, you can do it before or during your recording session – which is something that’ll help you make the entire process less daunting and less time-consuming.

A Few Things to Keep in Mind

Before we conclude this article, there are a few things worth mentioning, all of which can help you choose a mic system that suits your needs. For starters, you must think about the frequency since most of them will vary from one product to the next. So, if you want to ensure that you can move from the recording device, you should ensure that the mic system has a frequency of around 450 to 550Mhz bands.

The operating range and the reliability of the system are also important since this will allow you to move freely, without any interference, hindrances, and issues along the way. Lastly, the audio quality is crucial, especially since this will allow you to produce high-quality audio content. You’ll need to choose between analog and digital mics, hence, make sure that you research both of the options before purchasing a system.

As we’ve mentioned, the Indian wireless mic system market is completely different than the one you can find in other countries. However, just because it’s different, this doesn’t mean that people cannot find reliable and high0quality systems that’ll allow them to record audio files.

Since you’re now well aware of all the options you can choose from, don’t lose time reading articles similar to this one. Instead, you might want to go through our list one more time, research the options we’ve mentioned, and from there, determine which one suits your recording needs and requirements best!